Home Grounds For Divorce What Is Adultery & How to use it when filing for divorce?

What Is Adultery & How to use it when filing for divorce?

Divorce is never easy, but when a partner has committed adultery it can be an even harder process to navigate.

Most Petitioners believe they are entitled to a bigger financial settlement due to their ex-spouse’s adultery, however, this is one of the biggest myths surrounding divorce.

In this article, we cover everything you need to know about getting a divorce based on your husband or wife’s adultery, dispelling myths, and providing you with legal facts. 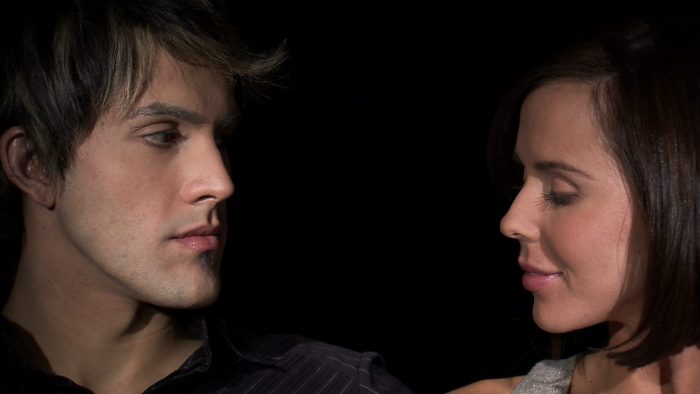 What Is The Legal Definition of Adultery in Divorce?

Adultery is defined in UK divorce law as your spouse having sexual intercourse with a member of the opposite sex and that the other spouse cannot continue to live with them.

Most people believe that adultery is black and white; something that is clear and obvious. It’s simply the infidelity of a partner.

However, when it comes to using Adultery to prove the breakdown of your marriage UK divorce law is a bit more complicated than that.

To use Adultery to obtain a divorce you must;

Civil partners and same-sex spouses are unable to use adultery as a reason for the breakdown of their civil partnership as sexual intercourse is not possible between partners of the same sex in the eyes of UK divorce law.

What is and isn’t considered to be Adultery?

You now know that Adultery refers to sexual intercourse between your husband or wife and another person of the opposite sex.

Therefore, for example, if your husband was caught speaking to another woman on a dating website or app, this wouldn’t constitute Adultery.

The following actions would also not constitute Adultery;

Adultery can only be used if there has been actual sexual intercourse between your husband or wife and a person of the opposite sex.

Civil partners and same-sex marriages cannot be dissolved using adultery as the reason for divorce and they must seek another ground for dissolution.

My husband/wife has committed adultery, what am I entitled to?

It’s often believed that because a spouse has committed adultery that the other party to the divorce is automatically entitled to a higher share of the divorce settlement.

It’s a common misconception, but it is one that has a clear rationale behind it. If one spouse has caused the breakdown of the marriage due to their adultery, then why shouldn’t the other party have a better outcome?

However, under English law, the grounds for divorce or behaviour of a spouse are rarely if ever taken into consideration when deciding who gets what in the divorce settlement.

Considerations around marriage length, children and earning potential amongst a host of other things are what will define how your divorce settlement looks and not the behaviour of spouses.

It’s an interesting legal topic and one that we’ve written about in the past. If you would like to know more, you can read our article on the grounds for divorce affecting a spouse’s entitlement.

Do I need to prove adultery has taken place, if so, how?

If you think about it, sexual intercourse is actually very hard to prove if the other spouse will not admit to it.

How do you actually prove your spouse has physically had sexual intercourse with another person without actually being there in person or getting evidence from someone else who also witnessed it?

Bases your divorce on the grounds of Adultery can be quicker than the other grounds, but only if your spouse is prepared to admit it, as it does not require any discretion on behalf of the judge dealing with the divorce.

As long as the acknowledgment of service is completed correctly, the judge has no choice but to grant the divorce.

I can’t prove Adultery, what other options do I have?

Well, in these circumstances, the most common grounds for divorce is Unreasonable Behaviour. This ground involves you giving the Court 4-5 examples of your spouse’s unreasonable behaviour, the first of which could be your spouse having an inappropriate relationship with another person.

We have put together a list of the 10 most common examples of unreasonable behaviour.

You are then able to file for divorce on the grounds of unreasonable behaviour.

If your husband or wife does not answer the petition or admit to the allegations, you can still proceed with your divorce as unreasonable behaviour does not require proof of a physical act, unlike adultery. Cases of this nature, typically take 4-5 months when handled by Divorce-Online.

There are time limits involved in adultery cases that you need to be aware of when looking to use adultery to file for divorce.

The petitioner must file the divorce petition with the court within six months of becoming aware of the adultery, otherwise, the law says they have condoned the adultery.

The second part of a fault-based divorce is that they can no longer live together, so those two elements must be met and the court gives parties 6 months to enable them to think about their actions.

Also if costs are claimed against both the respondent and co-respondent, it is more unlikely that they will co-operate with the divorce.

Dealing with your finances in an Adultery divorce

It’s always advisable and sensible to draw a line in the sand when it comes to divorce, regardless of the grounds for divorce used to prove the breakdown of your marriage.

Some people believe that because Adultery has taken place that they are either entitled to more or less within the financial agreement, however, this is untrue.

The agreement you reach on your finances should look at other facts, such as future earning potential and fairness.

To put your financial settlement into a legally binding court order you’ll need to obtain what is known as a consent order.

This court order is legally binding and will ensure that things such as property sales, lump-sum payments and even maintenance are carried out.

If the agreement you reach isn’t documented and processed by a Judge then the court can’t help if actions aren’t carried out by one party.

Not naming the co-respondent on the divorce petition

If you are considering using adultery as the reason for your divorce, the courts have also directed in Practice Direction 7A of the Family Proceedings Rules 2010 that in all but exceptional cases, the co-respondent should not be named and rather, the divorce should proceed on the basis of an unnamed person.

We always advise people to file on the basis that the co-respondent should not be named and indeed will not prepare an adultery petition for clients where they wish to name the co-respondent.

Another myth is that by admitting adultery, it will somehow have an effect on any children or financial proceedings.

The courts will not take the behaviour of the parties into account unless it is relevant to the case, for example, fraud in the case of finances or the co-respondent is unsuitable to be around children.

As you can tell from reading this post, proving adultery is very difficult, which is why most couples opt to use unreasonable behaviour to base their divorce on.

Divorce-Online can advise you on whether to proceed with an adultery petition divorce or any other ground for that matter.

We’ll always advise you of all options and let you decide which route you want to take. 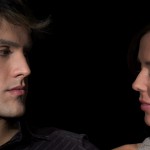 We Can Help You Get Divorced

We help thousands of couples every year deal with their divorce in an amicable and stress-free way. You can use our Managed Divorce Service to Divorce under the grounds of adultery for just £199. If you would like more information, call us on 01793 384 029 or email us today.