How does divorce affect your will? 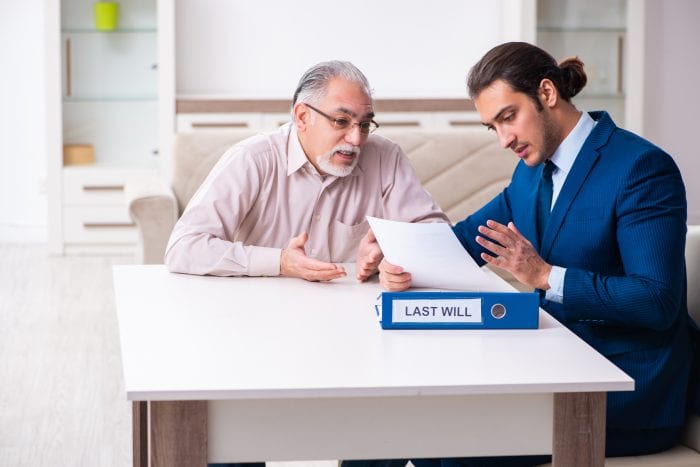 Many married couples have their own wills, in order to have a say over what happens to their assets in the event of their death.

Normally they will make some provision for their spouse in the will – and this will often be for a substantial amount of their estate.

But what happens to their wills if the marriage breaks down and they decide to get divorced?

Does divorce revoke a will?

The first thing to make clear is that divorce does not have the effect of revoking a will which has been made during the marriage*.

The will remains effective even after the decree absolute has been issued, and most of the directions contained in the will still stand.

However, there are certain important exceptions which we will consider below.

* If a will was made before the marriage, that pre-marriage will is automatically revoked upon marriage (unless specific provision was made in the will for the future spouse).

As such, if a subsequent will is not made, the deceased will be considered intestate and their assets will be dealt with according to the Rules of Intestacy (see below).

How does getting a divorce affect my will?

Although a will of either spouse is not revoked upon divorce, there is an important effect of divorce on the instructions contained in the will. Once the decree absolute has been issued, the former spouse of the testator (person making the will) will be treated as if they have died for purposes of the will.

In other words, any instructions in the will to leave assets to a spouse or civil partner will be disregarded from the point at which the divorce takes effect.

The assets which would have been handed over to the husband or wife are instead redistributed amongst the other beneficiaries of the will, or according to any other instructions.

Furthermore, if a former spouse is named as an executor or trustee in the will, they will automatically be effectively ‘written out’ of the will.

If an ex spouse was named as a sole executor, the court will need to appoint a replacement (normally a family member). If they were named as a sole trustee, this could lead to the trust failing altogether.

What is the problem with not changing my will after divorce?

Since the former spouse is effectively non-existent for purposes of the will, this means that if they are the sole beneficiary in the will (ie they are due to inherit the entire estate), the testator will be considered intestate (ie without a valid will) in the event of their death.

If someone dies intestate, their estate (ie all their assets) will be dealt with according to the Rules of Intestacy. Under these rules, any children will inherit the entire estate – in equal shares if there is more than one child*.

* In the case of any children under the age of 18, their inheritance will be held on statutory trust until they are 18 – or until they are married or have entered into civil partnership.

What happens to my will after separation?

If a marriage breaks down and the spouses separate but don’t get divorced, the instructions contained in a will remain intact.

Therefore, if a spouse is named as the sole beneficiary in a will, even if the couple have been living apart for many years, the named spouse will still inherit the entire estate of their deceased husband or wife.

Can a former spouse still claim an inheritance after divorce?

An ex spouse will not directly receive an inheritance.

However, in the absence of any formal financial settlement, they can make a claim under the Inheritance (Provision for Family and Dependants) Act 1975 for a portion of the inheritance if they have not remarried and if the claim is brought within 6 months of the grant of probate.

In order to avoid this scenario, consider obtaining a consent order.

Does civil partnership invalidate a Will?

How does civil partnership dissolution affect a will?

If you dissolve a civil partnership your Will is not cancelled, but it does mean that your former partner will no longer act as an Executor, nor inherit from that Will.

Does a civil partner automatically inherit from a Will?

How do I change my will?

It is always advisable to review a will upon separation or divorce, as well as marriage or any new relationship situation.

The best way to change a will is normally to simply write a new one.  Divorce Online can help get your will professionally drafted by a qualified solicitor for just £99.

Start Your Will Today-£99

Your Will will be prepared by experienced and qualified lawyers from OLS Solicitors a Solicitors firm now owned by Divorce-Online.

This is a bespoke, individual and personal service at a great price, not a template will writing service.

View Our Will Writing Service