Can My Spouse Transfer Money Away Before Getting a Divorce?

Most assets that have been acquired or built up during the course of the marriage will be added to the ‘matrimonial pot’ when working out a financial settlement and divided up between the divorcing parties.

However, in the period shortly before the divorce, either spouse may decide to spend or dispose of money, potentially with a view to preventing it from being added to the matrimonial pot.

But will this achieve its aims, and what is the legality of doing this? 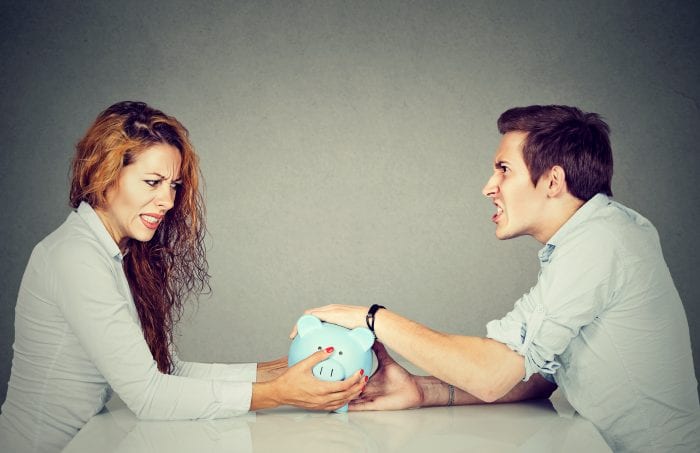 Can you spend money before a divorce to reduce the financial settlement?

In the period of time during which a married couple has separated but is not divorced, it is possible for each spouse to spend significant money from their joint accounts.

In theory, this could reduce the overall assets available in the matrimonial pot and therefore eat into the share of money which would be available for the other spouse in the financial settlement.

But the court will take into account the reasonableness of either spouse spending money prior to divorce.

If one spouse is obviously aiming to whittle down the matrimonial pot by excessive spending, the court can decide they are entitled to a lower percentage of the matrimonial pot, thereby leaving the value of the financial settlement for the other party unaffected.

Will money I transfer to family members before divorce be considered by the court?

If money is transferred by either spouse to their family members (or other third parties) shortly before the divorce, this can be viewed by the court as a method of intentionally reducing the value of the matrimonial pot.

In this scenario, the court has a wide discretion to adjust the division of the remainder of the pot, to prevent the other divorcing party from losing out in a financial settlement.

This power is set out in section 37 of the Matrimonial Causes Act 1973, allowing the court to review any ‘disposition’ of assets intended to reduce the ‘financial relief’ of their spouse.

In effect, this means that any transfer of money up to three years before the application to divorce can be taken into account when assessing a fair division of assets.

How to protect your money during a divorce

The court has the power to impose a freezing order on assets, to prevent transfers of money from taking place, if it thinks one party is contemplating such a disposition with the intention of reducing the financial settlement.

The spouse who suspects this might happen should discuss this with their solicitor so that the court can be made aware and take action if necessary.

If one divorcing party is concerned that their spouse will try and hide documents that prove the extent of their assets, they might try to obtain any relevant information and make copies of documents prior to announcing an intention to get divorced.

But since the 2010 Court of Appeal case of Tchenguiz & Ors v Imerman (Rev 4) [2010] EWCA Civ 908, any confidential information belonging solely to the other party which was obtained without their permission will no longer be admissible, so care needs to be taken when gathering such information.

Is it possible to hide assets such as money and savings?

In theory, it is possible for either spouse to hide certain assets throughout the entire marriage.

For example, if they have a separate savings account, they might choose to keep its existence secret from their spouse.

However, it will often prove extremely difficult to entirely hide the existence of assets throughout the course of a long marriage.

Furthermore, deliberate failure to reveal the existence of assets during divorce proceedings is a criminal offense and can lead to various penalties (see below).

Is it illegal to hide money in a divorce?

There is a duty on each party to make full and frank disclosure of their financial position, including the full extent of their assets.

If either spouse deliberately fails to divulge the existence of money or other assets during the divorce process, this can potentially be considered contempt of court and lead to fines or even imprisonment.

Is there a penalty for hiding assets/money?

Aside from the potential criminal penalties of deliberate failure to disclose assets during a divorce, there are various civil remedies that might be applied by a family court.

For example, the court can decide to reduce the share of the matrimonial pot available to the party who tried to hide their assets, or it could even ask them to pay the legal costs of their spouse.