Home Finances Am I Responsible For My Ex’s Debt Following a Divorce?

Am I Responsible For My Ex’s Debt Following a Divorce?

Considering that the average household financial debt (excluding mortgages) is almost £10,000, it is important to consider how any debts will be treated upon separation.

In this article, we will look at what the law says about dealing with debts during a divorce and ways you can separate them in a fair way. 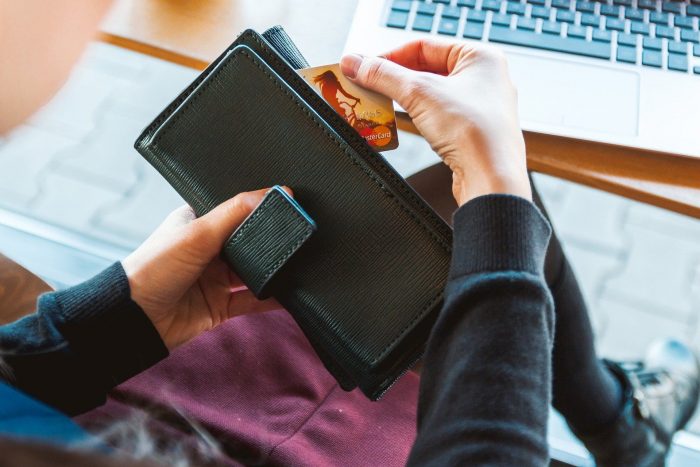 How is debt divided in a divorce?

Most assets that have been acquired or built up during the course of the marriage will be added to the ‘matrimonial pot’ upon divorce, which is then divided up fairly between both parties.

This is of course only the case if a Prenup agreement wasn’t obtained before entering into the marriage.

Any debts which have been accrued during the marriage will need to be deducted from the matrimonial pot.

As a general rule, it will not matter if the debts were accrued by an individual spouse or if they are joint debts; any liabilities built up during the marriage will simply reduce the overall level of assets which are then divided.

What if debts exceed the level of assets?

If liabilities are higher than total assets, the divorcing couple will need to come to an arrangement about how to deal with the ongoing payment of debts.

If there is an excessive amount of debt, it may be necessary for either or both parties to consider personal bankruptcy. But such a decision should not be taken lightly, as there can be significant repercussions.

Who is responsible for which debts?

Any debts taken out in the name of an individual will officially remain the responsibility of the respective spouse who took out the loan etc.

If they just have their own name on the lending agreement, the creditor will only hold them responsible for payment.

Joint debts (such as a joint mortgage) cannot easily be divided after divorce. Each former spouse will be responsible for the whole joint debt (including their former partner’s share).

Do I have to pay my husband or wife’s credit card bills in the divorce?

A question we received from a prospective client recently was, “We are going through a divorce and are trying to sort out our asset split. He (the husband) says I should pay some towards them? Does anyone know if this is the case?

With regard to each other’s own personal debts and if the cards are solely in your husband’s name then you are not liable for them to the credit card company.

However, a court could order a payment towards them if he could prove that the debts were jointly raised and you should bear some responsibility.

Again, this would also be dependent on whether you had sufficient assets of your own to contribute. This would be dealt with by what is known as a lump sum order.

Is my spouse responsible for the debts they incurred before marriage?

Just as with assets brought into a marriage, the responsibility for any debts held by an individual spouse before they tied the knot depends upon the length of marriage and whether finances are considered to be mingled:

What happens to debt incurred after separation?

In the period of time during which a married couple have separated but are not divorced, it is possible for each spouse to accrue significant debt.

Until a consent order (see below) has been issued by the court, any new debts can end up being factored into the overall financial settlement.

What powers does the court have in relation to debt and divorce?

The court has limited powers in terms of dealing with debts upon divorce. It cannot reassign individual debts because these will remain a contract between the individual spouse and the lender.

However, it can balance out a financial settlement to cater for the fact that one party will be lumbered with large debts (eg if they are less able to pay for these than their former spouse).

Are all types of debt treated the same?

Mortgages are normally considered differently to most other types of personal debt.

The equity in a mortgaged home will generally be added to the matrimonial pot but the amount to repay on a mortgage will not be deducted (since it will not be owed if the property is sold).

However, deciding what to do with a matrimonial home will be one of the biggest questions upon divorce.

How can I prevent future disputes over debt with my ex?

Consent orders are used to provide legal standing to financial settlements upon divorce.

Obtaining a court-approved financial consent order is a crucial step in ensuring that debts are properly taken into account in any financial agreement and preventing disputes from arising in the future.

As long as there are no joint debts remaining after divorce, it is possible to ask credit reference agencies to place what is known as a ‘notice of disassociation’ on your credit report, which essentially removes any previous association between credit files.

For a consent order to be made legally binding by a judge, it will need to be drafted by a solicitor. Most solicitors will charge over £750 + VAT to prepare your consent order; our fees start at just £199 and that is a fixed fee.