Home Finances How Long After a Divorce Can You Claim a Pension?

When going through a divorce, your pension should always be included in any divorce settlement you agree to, whether you’re divorcing or dissolving a civil partnership.

Read our article to understand when a spouse may be entitled to make a claim against your pension and what steps you can take to prevent a claim from being made against you. 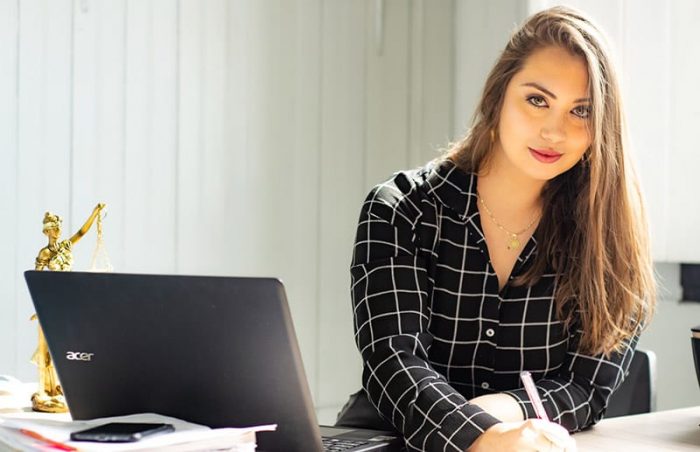 When you obtain a divorce in England or Wales, you are legally separated and able to re-marry. However, a divorce does not cut the financial ties between you and your ex-partner.

Therefore, if you do not obtain a financial consent order following your divorce, it makes it possible for one party to claim the other party’s pension years down the line.

When seeking to legally separate a pension or a set of pensions, the mechanism by which you do this is called pension sharing.

You document your pension sharing agreement as part of the consent order so that the court can evaluate it and approve it.

Can my ex-husband or wife claim my pension years after divorce?

In short, yes, unless you have had a solicitor draft you a financial consent order and applied to the court to approve it so that it becomes legally binding.

Your ex-spouse can absolutely claim your pension after your divorce if there is no legally binding financial agreement in place.

Pensions are amongst the largest assets of the marriage and many ex-spouses will seek to make claims against their previous partners; even for years or decades after the divorce has been finalised.

This is why it’s imperative that you deal with your splitting or protecting your pension at the same time as your divorce proceedings.

In this article, you’ll learn how you can protect your pension by agreeing to a financial agreement as well as a spouse’s right to claim a pension following a divorce.

How are pensions usually split in a divorce?

Pensions count as a joint marital asset and will therefore be included in the ‘matrimonial pot’, which is essentially an overview of everything you own together within your marriage.

They can be split in numerous ways, but the most common ways are;

The starting point for splitting pensions should always be 50/50.

Due to the way pensions are regarded in financial proceedings, you may not directly receive any of your ex-partner’s pension; this will be decided when you agree on how other money and assets are to be divided.

For example, you may agree to stay in the family home and your ex-spouse provides maintenance for you and any children for a period of time, whilst he/she maintains their pension pot.

How to protect your pension and prevent future claims

The only way to prevent your ex-partner from being able to make a claim against your pension in the future is to put your financial agreement into a consent order, which is a legally binding document that the court approves.

Protecting your pension may be your main goal when agreeing to a financial agreement. The way this can be done in a fair way is to offset it against other assets such as the family home, maintenance, or savings.

It’s important to agree to a financial agreement following a divorce, however, if you don’t have it documented into a consent order and apply to the court to approve it, then unfortunately it gives you no legal protection over your assets following a divorce, which includes your pension.

We have a low-cost professional service for £399 that will help you separate your pension funds without spending thousands going to court. It also ensures that neither party can make a claim against the other person’s assets at any point in the future.

What are a spouse’s rights to pensions?

Often, pensions are neglected during the financial settlement proceedings. Even if you have agreed on a settlement, you need to confirm it through a court order to make it legally binding.

Keep in mind you can only share your pension with your ex-spouse if you have been married or in a civil partnership.

The spouse’s right to your pension will depend on a number of factors, including but not limited to:

How the courts deal with splitting pensions in divorce

Normally, when a marriage ends in England or Wales, the court will deal with the pension arrangement in three ways.

You can either receive a percentage share of your ex-spouse’s pension pot: known as pension sharing. This money will be legally treated as yours.

Alternatively, you can offset the value of the pension against any other assets: for instance, you can keep your pension but your former spouse will keep the family home.

Lastly, it’s possible that some of your pension will be paid to your former partner or vice versa.

This is known as pension attachment and resembles a maintenance payment that’s made directly from one party’s pension to their former partner.

It’s recommended that you have a talk with your ex-spouse and agree on how the pension and any other large assets will be split.

Once you have reached a divorce settlement, instruct your solicitor to draw up a ‘consent’ or court order to legalise your financial settlement.

Once it has been approved by the court and the divorce and financial settlement are finalised, neither party can make any further claims for money in the future.

What if I have contributed to the pension after my divorce?

A common issue many divorcees face is whether their ex-spouse may claim their post-divorce pension contributions.

The common argument is that your ex’s claim should only include contributions made while the two of you were together.

However, in some cases, the Courts can be persuaded that any post-separation contributions should be shared.

This is particularly true if you haven’t severed your financial ties with your ex via a Financial Consent order: this would mean your ex can claim your pension for decades after the two of you have gone your separate ways.

Remarriage and pensions claims – what happens?

Remarriage poses an interesting legal conundrum. If you and your spouse divorced without a Financial Order in place, your finances are generally left wide open.

If one of you remarriages, however, they are barred from making certain financial claims against the ex-spouse.

This is known as the ‘remarriage trap’ and does have its limitations: it can bar the remarried party from claiming property, income, or savings but doesn’t extend to pensions.

Questions About Pensions, Divorce, or Claims?

Chat with our friendly team of experts for quick and reliable answers to your questions. It’s free to use and we’re here to help!

We can help you save time, stress and money when seeking to separate pensions and other assets following a divorce.