Agreeing to a financial settlement following a divorce can be extremely challenging, especially when you have no legal representation to fall back on.

Reaching a divorce settlement that is fair and reasonable for both parties is paramount, but what is classed as fair and what will a Judge consider when accessing your agreement?

In this article, we cover this and more by showing you a range of typical UK divorce settlements using different circumstances to help give you a better gauge on what might be considered fair for you.

Reaching a financial settlement is one of the most complicated aspects of getting divorced. If the divorcing couple cannot agree, the court may need to decide on a fair outcome.

The general legal principle to a fair divorce settlement in the UK is to divide the matrimonial pot equally upon divorce, with an assumption of a 50:50 split as the starting point.

However, there is an overriding principle of ‘fairness’ which means that it’s often more complicated than simply dividing assets half and half.

If you are able to agree on how money and assets are to be divided between you then you can have a solicitor draw you up a financial order to make the agreement legally binding.

This document is submitted to the court at the conditional order stage of divorce proceedings so that it becomes legally binding after the divorce is finalised.

What is a reasonable divorce settlement?

It can be hard to know just what is a reasonable divorce settlement and you may require the help of a solicitor or mediator.

This is because there are no hard or fast rules on how assets and money should be divided following a divorce.

However, there are a set of rules the court will assess when making a decision on whether your financial settlement is fair. Section 25 of the Matrimonial Causes Act 1973 sets out the factors which a family law court should take into account when deciding how to divide assets in a divorce, including:

We will take a look at four completely different examples of fair divorce settlements, ranging from high net-worth cases to marriages with straightforward finances to divide. 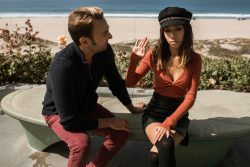 Alan and Vicky have been married for three years. They do not have any children. When they got married, they both had successful careers as lawyers and earned around £50,000 each.

They have rented a house whilst being married and both have kept their jobs. They have a joint savings account in which they have accumulated £10,000.

Because the individual financial situation of both Alan and Vicky has not changed much since getting married (ie neither of them has given up their job) and they have not been married for long, there will be no spousal maintenance to pay and any marital assets can be split 50:50 – so this equates to £5,000 each from their savings account.

The financial settlement between Alan and Vicky is very straightforward and is known as a clean break divorce since there are no ongoing ties such as spousal maintenance payments etc.

However, it is advisable for them to nevertheless obtain a consent order with a clean break clause, to prevent any potential financial claims from being made at some point in the future. 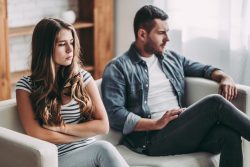 Fran and David have been married for 20 years. They do not have any children. Fran is an artist but has rarely made any money from selling her artwork. David is a senior programmer and is paid £100,000 per year. Their matrimonial home is worth £500,000 but Fran has never contributed to mortgage payments.

Since Fran and David have been married for a long time and there is a large disparity in income. Fran will keep the house as part of the divorce settlement but there will be no spousal maintenance payments. David will move out and buy a new house for himself.

Although this means that Fran will retain a larger proportion of the marital assets, this will be considered fair because David has a larger future earning potential. The Judge will consider all aspects of the marriage and not just which party earned the money or purchased certain assets.

This is when equality doesn’t always mean 50/50 of everything. 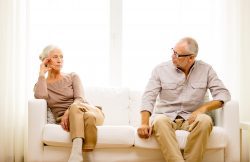 Camilla and Hector have been married for 16 years. They have two children who are in sixth form and considering universities. Hector is an IT director and earns £70,000. Camilla was an aspiring barrister before they got married but decided to give up her career to raise their children. Their marital home is worth £350,000 but Camilla has never contributed to the mortgage payments.

Once two years are up, they will sell their house and Camilla will keep 70% of the proceeds from the sale since her earning potential is lower (although she plans to resume her legal career). At that point, Hector will cease all maintenance payments. 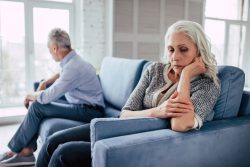 Rory and Charlotte have been married for 30 years. They have five children who have all grown up and left home. Rory is the CEO of a car manufacturer and earns a basic salary of £1 million per year with regular bonuses of a further £3 million per year. Charlotte has never earned money but instead looked after their home and raised their children. They have lived between a country mansion in Surrey and a luxury penthouse in central London, and they also own several holiday homes around the world.

As part of the divorce settlement, Charlotte will keep the country mansion and Rory will keep the London penthouse. The holiday homes will be sold and the proceeds divided 50:50. There is no child maintenance to pay since the children have all grown up.

However, Rory agrees to pay spousal maintenance of £50,000 each month until his retirement to allow Charlotte to carry on living the affluent lifestyle to which she was accustomed during their marriage. Once he retires and starts drawing his pension, Rory will give 25% of his pension payments to Charlotte as a pension attachment order.

There are no hard and fast rules to reaching a fair divorce settlement. Every single one will be different.

Take into account what the Judge will be looking for when reviewing your case to ensure fairness is reached, allowing the Judge to grant you a financial order.

Be open and honest, don’t try and hide any assets or transfer money before negotiations as these types of actions can have a negative effect on future relations, especially if there are children involved.

Don’t be put off sorting out your finances by excessive legal fees or the stress and worry of visiting solicitors’ offices.

Divorce-Online is a leading divorce expert with over 20 years of experience. You can do everything online and the legal processes are handled for you.

This Solicitor Managed Consent Order service is an easy and cost-effective way to have your financial settlement turned into a professionally drafted court order that is granted by a Judge and made legally binding.

To Find Out How We Can Help You