Research carried by UK online divorce company Divorce-online.co.uk has found that during the key part of the UK national lockdown, nearly 1 in 4 behaviour-based divorce petitions prepared by the company mentioned alcohol abuse as a key reason for the divorce being filed. The company prepared 700 unreasonable behaviour petitions between 16th March and 31st August… View Article 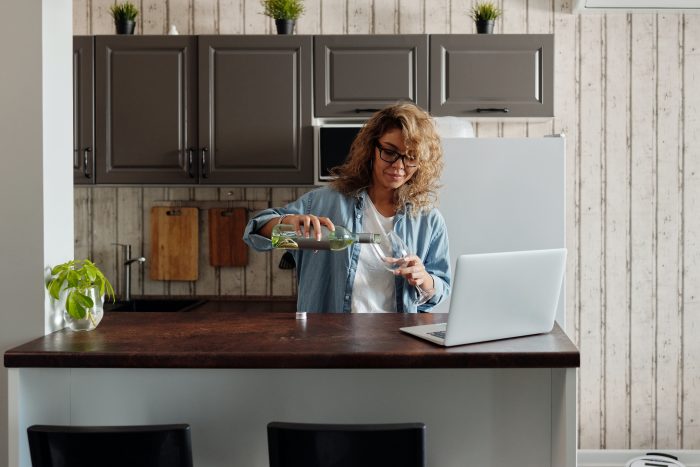 Research carried by UK online divorce company Divorce-online.co.uk has found that during the key part of the UK national lockdown, nearly 1 in 4 behaviour-based divorce petitions prepared by the company mentioned alcohol abuse as a key reason for the divorce being filed.

The next most common reasons were lack of communication/interaction and a lack of support with children and housework.

A spokesperson for the company said, ”We’ve seen addiction to alcohol and drugs among other things mentioned in divorce petitions before as the reason for the marriage breakdowns. In this regard, it’s nothing new. However, the increase in the number of Petitioners mentioning their spouse’s drinking has increased above and beyond any other reasons”. 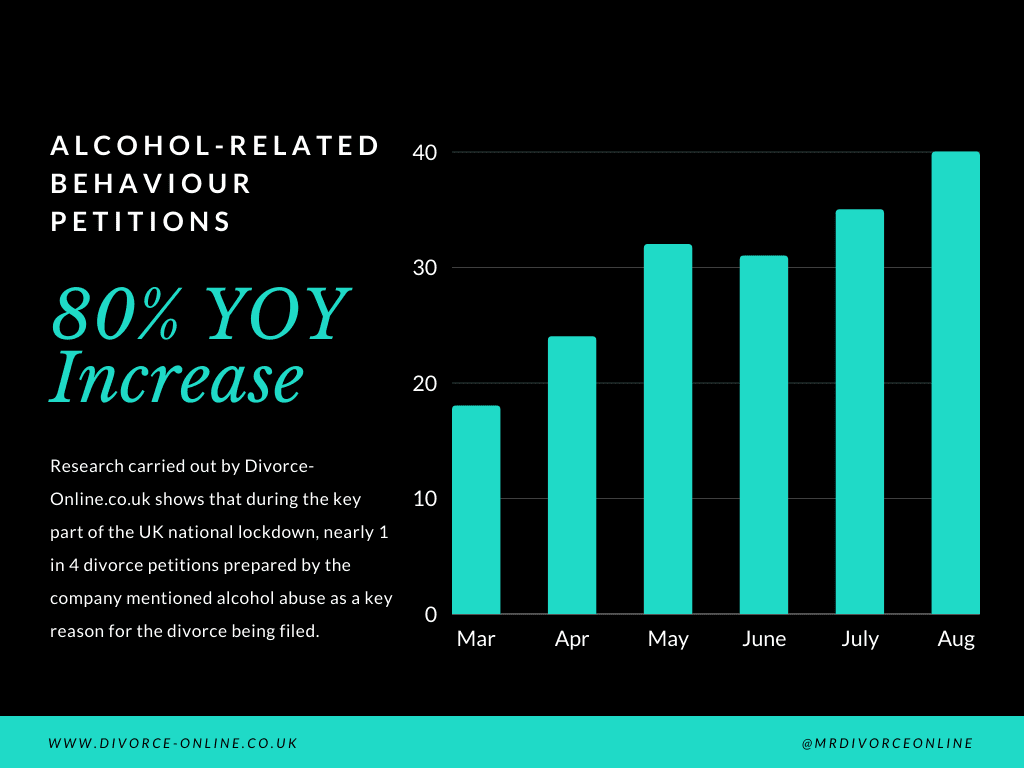 The number of behaviour petitions filed each month during ‘Lockdown’ mentioning alcohol abuse/drinking.

During the same period of 2019, there were only 100 mentions of alcohol/excessive drinking as the reason for the marriage breakdown from 600 petitions handled by Divorce-Online.

There have been many studies done on alcohol consumption during the lockdown period. Here are the main key points to take from the survey conducted by AlcoholChange.org.uk.

Another study, this time published in the Journal of Epidemiology and Community Health, which was led by the University of Glasgow’s Institute of Health also found that levels of binge drinking had increased.

The research was based on data from over 27,000 individuals.

The increase in marriage breakdowns due to alcohol has outweighed any other reason for divorce.

Even in the digital age with gaming addictions, alcohol seems to be the biggest factor in marriage breakdowns compared with all other reasons.

Our study shows that alcohol use and abuse has risen sharply during the UK’s lockdown, which is in line with other recent major studies.