Significant assets will often be brought into a marriage by either the husband or wife, especially as more people are now getting married later in life.

Parties entering into the marriage may have inherited assets or simply accrued them over many years before getting married.

But can these pre-marital assets be protected in the event of a divorce and if so, how can it be done? 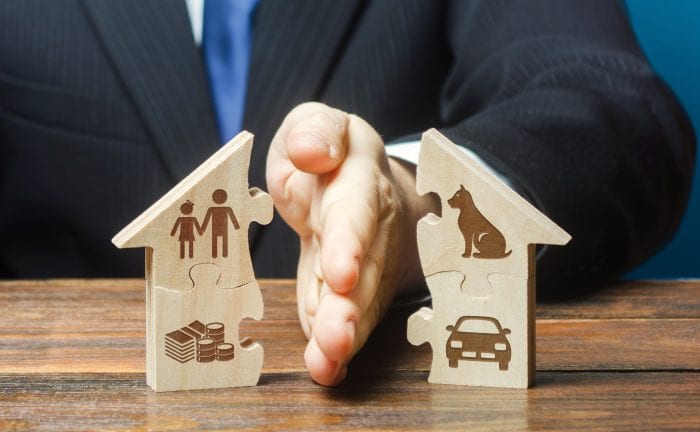 How does the court look at pre-marital assets?

It will often be difficult to determine which assets were accrued before, during, or after the marriage.

But even if this can be determined, there are various factors that a family court will consider when making a decision about which assets should be added to the overall matrimonial pot, notability passage of time, and mingling of assets:

In a long marriage, where either party brings pre-marital assets into the marriage, these assets will gradually move into the realm of shared matrimonial property.

The longer the marriage, the more likely it is that any pre-marital assets will be added to the matrimonial pot and therefore need to be split fairly as part of the financial settlement.

Often pre-marital assets will end up becoming intermingled with matrimonial assets over time.

Eventually, this will make it more difficult to distinguish whether assets were acquired before or after marriage.

This so-called ‘mingling’ of assets makes it more likely that all assets are added to the matrimonial pot, irrespective of where they originally came from.

In particular, if pre-marital assets were used to purchase a family home, these will often be considered as having been converted to shared assets.

But there is also an overriding objective to ensure that the financial needs of both parties are covered as far as possible – particularly if there are any young children involved.

As such, if shared matrimonial assets are insufficient to meet the needs of husband and wife, the court will be more likely to consider adding pre-marital assets to the overall pot.

Is there anything I can do to protect my money or property?

A prenuptial agreement can go some way to protecting pre-marital assets.

This is essentially a contract, entered into before marriage, which sets out how the assets of each party should be divided up in the event of a divorce.

Currently, prenuptial agreements are not legally binding in England and Wales, but they are in Scotland.

Although courts are not forced to follow the instructions contained in prenups in England and Wales, they will often seek to uphold them if they were entered into correctly.

Pension pots of both spouses generally form part of the overall matrimonial pot.

But Pension Offsetting can be used to protect the pension of either spouse during divorce negotiations; if they can agree to use alternative matrimonial assets to offset against their pension, either spouse can retain their pension in its entirety.

Any assets which have been inherited by either husband or wife are often treated differently in the context of divorce.

How the court looks at inherited assets will depend on multiple factors, such as, if the money or assets have been used during the marriage for any purposes.

Can you keep assets separate in marriage?

In order to reduce the mingling of assets, it is possible to try and ringfence certain pre-marital assets by keeping them completely separate from all matrimonial finances, eg. in a separate bank account.

However, doing so will not guarantee that they will not be taken into account by the court as part of the overall matrimonial pot, especially in longer marriages.

Can I put my assets into a trust to protect them?

Although putting assets into a trust can potentially protect them to some degree in the case of divorce, this very much depends on the individual circumstances.

If the trust is considered by the court to be a ‘nuptial settlement’ then the court will have wide-ranging powers to vary the terms of the trust to benefit either spouse in the divorce.

It is less likely that the court will interfere with a trust which was established by one party before marriage and which had nothing to do with the other spouse.

Can my estranged or ex-spouse make a claim against any money I inherit?

If one former spouse inherits money after getting divorced, their ex-spouse may potentially be able to claim a portion of the inheritance, even many years after the divorce.

One way to help prevent this type of claim is by obtaining a clean break order from the court.

This article is intended for people that are looking to protect their assets before entering into a marriage… If you are married and want to protect your assets as part of the divorce, you need to have a solicitor draft you a consent order.

Protect Your Assets Before Marriage for £399

The only way you can protect the assets you’ve built up or inherited before getting married is to enter into a prenup. This must be drafted by a qualified professional, but it shouldn’t cost you thousands.

Drafted By Solicitors With 20 Years of Experience