Information On Obtaining a Prenuptial Agreement in The UK

We can help you obtain a pre-marital agreement without spending thousands.

We understand that agreeing to sign a prenup is a complex issue for most couples, which is why we take away all of the unnecessary stress that’s involved with traditional solicitors.

We have created this article to help you understand the ins and out of agreeing to and obtaining a prenup without instructing local solicitors.

What is a prenup & should I get one?

A prenup is short for a prenuptial agreement.

This is an agreement entered into by a couple prior to marriage that sets out what would happen to their finances in the event of the relationship breaking down or ending in a divorce.

Prenups have become increasingly popular as people marry later in life than in previous generations and people have accumulated their own assets such as property, shares or pension pots before they get married.

If you have substantial assets, then for a lot of people it’s perfectly reasonable to take steps to protect those assets in the event of a divorce or separation in the future.

Are prenups legally binding in the UK?

A prenup is legally binding on both parties if the following requirements are met.

In 2010 The UK Supreme Court recognised prenups for the first time in the now famous case of Radmacher v. Granatino.

The case involved a German heiress called Katrin Radmacher and a French investment banker Nicolas Granatino, who had married in the UK in 1998.

To help Ms. Radmacher protect her £106m fortune in the event of the marriage breaking down, the couple signed a prenuptial agreement which stated neither party would benefit financially from the other if the marriage ended.

The Judges found in favour of Ms. Radmacher, and said that the agreement was enforceable because both parties had the benefit of legal advice and it was entered into with full disclosure of each other’s finances at the time.

It was the first time that prenuptial agreements were recognised as enforceable under UK divorce law.

The caveat is that while UK courts will recognise prenuptial agreements, they also still have the ultimate discretion to ignore any agreement reached if the agreement is deemed to be unfair to any children of the marriage.

If you have any questions about prenups before getting started, you can click here to chat with us on Live Chat to receive instant answers.

We can help you obtain a prenup without spending thousands

The actual drafting of the agreement should be done by a qualified family solicitor with experience and knowledge of prenup drafting.

However, if there is an agreement to obtaining a prenup before getting married, then it’s unnecessary to spend thousands.

A template document from Google will not be legally enforceable in UK law and ultimately will be a waste of your time.

Use our secure online order form to get started with our prenuptial agreement drafting service. Our service is £299 fixed-fee, which means there are no hidden or extra costs involved, unlike high-street solicitors. Our clients tend to save over £750 when compared to quotes from local solicitors.

You now need to provide us with the agreement information, however, unlike high-street solicitors, we don’t require you to take time off work or arrange childcare to do so; simply complete an online questionnaire at your convenience using a PC or Laptop.

Once your prenuptial agreement has been professionally drafted by our solicitors, you should review it to ensure it matches your specific needs and wishes. Once you have let the solicitor know you are happy, it will be posted out to you with instructions on how to sign the agreement.

Once the agreement has been signed by both parties it’s important that you keep it stored safely, which could be with us if that helps ease any stress. You would’ve now saved yourself over £750 by using our service compared to hiring a high-street solicitor.

Do we need to hire solicitors?

Otherwise, the court can ignore the agreement if it believes one party was disadvantaged by not having the correct advice. We can provide low-cost legal advice from £99 Inc VAT, simply call us on 01793 384 029.

Who’s our Prenup Service ideal for?

Our service is ideal for couples looking to enter into a prenuptial agreement before marriage, but without spending thousands. The agreement is drafted by qualified solicitors and will be presented to you within 28-31 working days via email or post.

When you should consider obtaining a prenuptial agreement

Money and finances can be an extremely toxic topic in a relationship.

A prenuptial agreement provides a clear road map that can lead to peace of mind for both parties in the event of a split.

You should consider getting a prenuptial agreement for one of the following reasons:

If your partner has debts prior to the marriage, you can insert a debt clause to ensure that you will not be responsible for those debts and they would be repayable from any assets or property assigned to your partner in the agreement and not from your assets.

We are trusted by thousands of people each year but don’t just take our word for it. Read our reviews 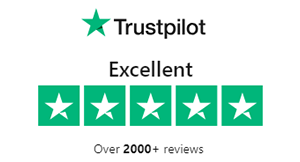 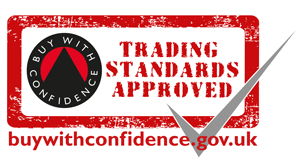 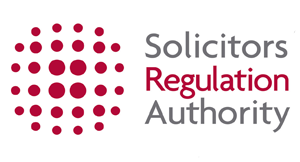 “I selected Divorce Online earlier this year to handle all aspects of my divorce as i needed a fairly swift, easy and inexpensive solution. They delivered on all fronts which made a difficult situation easier and pain free.”. See latest reviews.

You will obtain a professionally drafted prenup agreement that is specific to your individual needs and not a template. You will also receive the agreement within 28-31 working days and everything can be completed online or via phone/email.

To Get Started With My Prenup Agreement

Get in touch with us via Live Chat, Phone or Email

We understand that getting a prenup is complicated and stressful, which is why we make it quick and easy for you to get in touch with us so we can help you answer any questions you have about prenups.

Got a question? Our advisors will point you in the right direction.

Give us a call for free and impartial advice.

Send us an email regarding your situation to get free advice.