In the year prior to March 2018, the police forces for England and Wales recorded almost 600,000 domestic abuse-related crimes – an increase of 23% from the previous year. It is estimated that in the UK one woman is killed by her abuser every three days.

Speaking out is difficult for any victim of domestic violence – but for many, this difficulty is compounded by their status as asylum seekers, or refugees. Research by the charity Safe Lives found that Black, Asian or Minority Ethnic (BAME) victims of domestic violence, migrant women in particular, stayed silent when in an abusive relationship almost 1.5 times longer than white-British women, and were less likely to seek support.

For these women the main complication is being tied to a Spouse Visa, which allows an individual to live with a UK sponsor for 30 months. These individuals are often financially dependent on the sponsor and thus risk becoming destitute if they choose to come forward with allegations of abuse that could lead to the ending of the relationship. For example, the Universal Credit policy of making payments to households rather than individuals means that becoming independent financially is extremely difficult. A person wishing to apply for an Alternative Arrangement payment must provide the Department for Work and Pensions with written evidence from a ‘person acting in an official capacity,’ something that is almost impossible to do without arousing the attention or suspicion of the abusive partner.

The official government line is that migrant women facing domestic abuse in the UK “may best be served by returning to their country of origin”. But this is out of the question for women seeking asylum since claimants must prove that they are at serious risk of significant persecution in their country of origin. These are the circumstances of many of the victims of domestic violence in the UK. In religious communities especially, reporting or addressing the taboo subject of abuse from a male partner may lead to marginalization or further abuse from family or friends.

In addition to this, many reported cases of domestic violence involving asylum seekers or migrants will often be referred by the police to immigration authorities, who then may be legally obliged to detain or deport the victim. These fears can be used be abusers to further manipulate or coerce victims ultimately prevent them from speaking out.

In January, the Home Office released a draft of a new Domestic Abuse Bill. The Bill has been widely praised for promising a reformed system that centres on helping victims, not their abusers, and provides the first ever statutory definition of domestic abuse which covers not only physical, but financial and emotional abuse too. It also promises to prohibit the practice of placing victims on the stand with their abusers during cross examinations – a pledge that is currently being regarded as the pivotal element of the Bill.

However, for all its positives, the Bill lends little support to BAME and migrant women who find themselves in the aforementioned situations. In October 2018, the Home Affairs Select Committee published an advisory report on the Government’s bill which highlighted the importance of offering equal support to all women in the UK. Many campaign groups, including those that are part of the Step Up Migrant Women coalition, feel the draft bill is not water-tight on certain issues faced by abused migrant women – for example, police referrals to the Home Office.

There are also additional concerns that EU citizens will also have diminished protection from domestic abuse post-Brexit: if they are unable to provide sufficient evidence of continuous residency and meet the requirements for settled status before the deadline, they risk falling into an illegal or grey area.

There are some options available. In normal circumstances, having a Spouse Visa curtailed (a divorce) would result in the non-British spouse having to return to their country of origin. However, some migrants are eligible to stay in the UK if they apply for Indefinite Leave to Remain through the domestic violence route, allowing a victim to break free from their abusive partner and to live freely from the conditions of their Spouse Visa. They may then apply for public funding and financial support for three months through a Destitute Domestic Violence Concession (DDV) while their case and visa status are reviewed by the Home Office. The DDV provides some respite while they seek legal advice. The downside is that the process is again lengthy, with victims required to provide detailed proof of a relationship breakdown in order to qualify. The long list of requirements, exacerbated by the language barrier, may disadvantage migrant applicants or put them off completely. To make matters worse the government has consistently and significantly axed legal aid for victims of domestic abuse since 2012.

While the bill is clearly a step in the right direction, there is still much that needs to be done to address the complicated issues surrounding domestic abuse in asylum seeking and migrant communities. The mess caused by the Universal Credit system that allows abusers to further dominate their victims needs to be re-imagined. More funding needs to be provided to charities, refuges and support groups of the abused. The Government must extend its protections to all citizens, including non-British migrants. Yet this is exactly where the reformed Bill fails.

This article has been written by Mike Bedigan who is a correspondent and commentator for the Immigration Advice Service; an organisation of leading UK immigration solicitors. 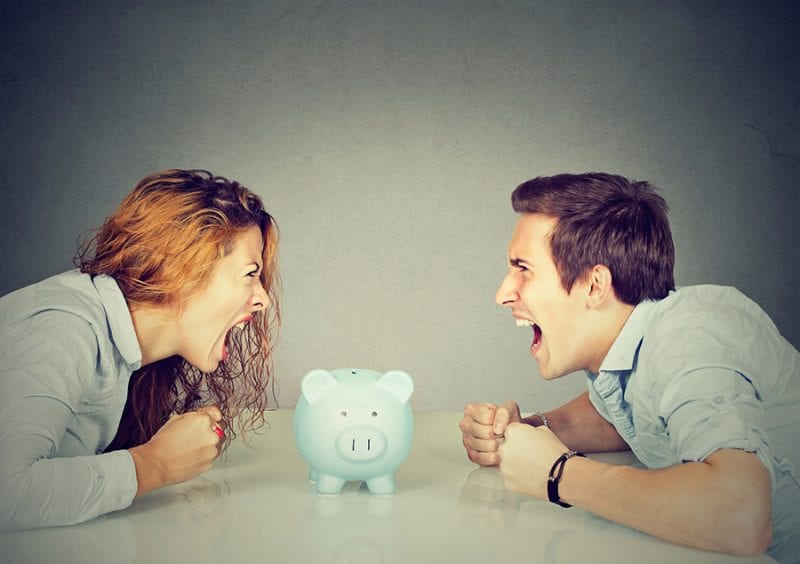 How to Obtain a Clean Break from a Short Marriage

Women to bear brunt of legal aid reforms
Click here to chat with us!